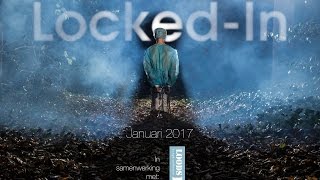 I finally got to play a nurse in a short film. I had once played a nurse before but that was for a commercial. That was why I was very happy to get the role for this short film. It is always fun doing research on different jobs and their functions because you learn so much more about the world! That is why I love acting :D Check out the facebook page: https://www.facebook.com/LockedInDeFilm/?fref=ts

Voice over for Boomerang Create

This was probably one of the fastest recording I have ever done. I was called at 11am bij Boomerang Create if I was available to come in at 12pm for a voice over recording to be done at 12.15pm :D ... The idea behind this production was that different commercial agencies were asked to make a campaign for the presidential elections. Within a very short period, 1 day exact, each agency had to come up with a positive campaign for Donald Trump and show it on "De Wereld Draait Doo

wow ... I can't believe that it's done. I officially have done my first lead role in a full length feature film. It's been a rollercoaster of emotions, experiences and immense amount of joy these last 3.5 weeks. I still can't believe it's done. Now all we have to do is wait till mid 2017 for the premiere. Can't wait ... :D Like the facebook page to stay up to date: https://www.facebook.com/resonancethemovie/?fref=ts